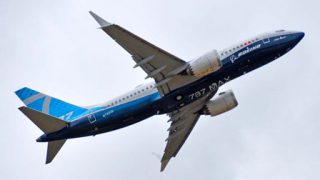 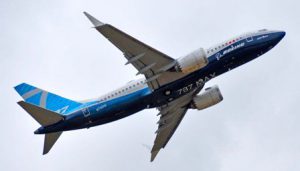 Because aircraft engine noise contributes to environmental noise around airports and populated cities, the aerospace industry has been working on new aircraft designs that will emit less noise so they can meet the ever-increasing requirements imposed on the industry to reduce noise pollution. Shielding and absorbing aircraft engine noise at the source represents one of the most effective ways to address this issue.

Hexcel, a global leader in advanced composite technology, has been at the forefront of acoustic technology development with its Acousti-Cap broadband sound-reducing honeycomb, which enables engine designers to reduce the noise from takeoffs and landings yet without adding significant weight to the aircraft.

“Hexcel has continued investing in the evolution of Acousti-Cap product technology to improve performance and reduce cost,” said Imad Atallah, Group Product Manager for Honeycomb at Hexcel. “Collaboration with industry leaders, including NASA and Boeing, has been key to that development,” he added.

The 2DOF (Two Degrees of Freedom) honeycomb core acoustic liner was introduced in 2008, and was subsequently adopted and installed on the Boeing 787 Dreamliner inlet, the Boeing 747-8 inlet and transcowl, and more recently on the Boeing 737 MAX inlet. This success enabled continued technology development and evolution in MDOF (Multi-Degrees of Freedom) where the acoustic septum is inserted in the honeycomb cell at different heights, as well as having two septums in honeycomb chambers. This type of technology allows for improved acoustic attenuation at a broader frequency range, as well as increased absorption.

“Hexcel’s Acousti-Cap technology has shown great performance benefits over competing technologies from the beginning,” said Clark Smith, Director of Technology – Core Products at Hexcel. “We have continued to improve the technology through taking advantage of the single cell treatment concept, by adding capability that the industry was looking for,” he added.

Hexcel’s latest Acousti-Cap technology was recently tested in a joint NASA-Boeing flight test on a B737 MAX test platform, and the results beat expectations as reported by Aviation Week. Collaboration between Hexcel and NASA over several years on the development of MDOF technology led to the successful test results on this latest flight test.

The ability to attenuate a broader noise frequency range and increase acoustic absorption with the Hexcel liner has allowed an optimized design of the overall inlet that reduces drag, and improves noise attenuation. Hexcel continues to invest in acoustic liner technology, and is proud of the positive results of this NASA-Boeing flight test.