According to the Japan Department Stores Association, same-store sales of apparel (including accessories) at member stores (79 firms, 217 stores) across the nation in February 2019 decreased by 1.1% compared to the same month of last year to 114,923 million yen. However, sales of women’s wear grew by 0.4% to 74,890 million yen, the first increase in four months. The rise in temperature in the second half of February increased sales of spring wear. 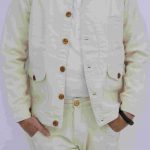