The Picanol Group increased their consolidated sales during January-June 2017 by 11% over the year before to 364.7 million euro.

The Weaving Machines Division again experienced a strong first half in 2017, having ended 2016 with a well-filled order book, and the division’s sales increased by 10% to 316.3 million euro. Growing demand for technology and quality (especially in Asia), which was partly due to the success of new looms such as the GTMax-I rapier loom, resulted in strong sales and increased market shares in many markets. As a result, Picanol succeeded in placing a record number of looms on the market during this year’s first half.

The Industries Division also had a strong first half-year performance thanks to the increased demand from Weaving Machines and projects at other customers, which allowed Proferro (foundry and mechanical finishing activities) and PsiControl (controllers) to realize strong revenue growth.

The Picanol Group expects a slight increase in turnover over the full 2017 financial year compared to 2016 – the best year in the history of the group – but is taking into account a limited impact of rising commodity prices. 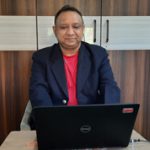