Since the outbreak of the coronavirus pandemic, worldwide demand for protective masks and apparel has resulted in a record number of new orders in the high double-digit millions of euros for the Oerlikon Nonwoven business unit of the Swiss Oerlikon Group.

From the manufacturing site in Neumünster, Germany, the high-tech meltblown systems – with their patented ecuTEC+ nonwovens electro-charging technology – are meanwhile exported all over the world. For the very first time, a contract has now been signed with a business in Australia.

On July 8th, Schleswig-Holstein’s Minister President Daniel Günther was won over on site by the technology of a ‘global player’. Rainer Straub, Head of Oerlikon Nonwoven, was thrilled, stating, “The machines and systems for manufacturing manmade fiber and nonwovens solutions from Neumünster enjoy an outstanding reputation throughout the world. It is especially in this crisis that the technology from Schleswig-Holstein has proven itself to be absolutely world-class.”

In addition to a tour of the meltblown system and its assembly and production facilities, the visit by Minister President Daniel Günther had one purpose above all: the dialog between politicians and business. Rainer Straub, Head of Oerlikon Nonwoven, and Matthias Pilz, Head of Oerlikon Neumag, jointly expressed their thanks for the support that Oerlikon has repeatedly had the fortune to experience over the past months and years in Schleswig-Holstein and looked to the future full of hope.

“As a result of our additional investments at the site here in Neumünster – be this in our new technology center that will be completed by the end of this year or in our new logistics center that is already operating – we, as one of the region’s largest employers, are continuing to move forward, supported by a State Government that is also focusing on both promoting industry and business and on advancing an efficient training and educational system, as innovation is only possible with outstanding engineers,” stated Pilz. Straub directed his appeal specifically at the Minister President, saying, “Treat education and training as a priority. Ultimately, they will secure the future of Schleswig-Holstein as a center of excellence and manufacturing!”

Daniel Günther, the incumbent Minister President of Schleswig-Holstein since 2017, immediately responded, making reference to one of the Federal State’s current training initiatives, saying, “The State Government is supporting higher education institutions and students in the present coronavirus crisis. With a five-million-euro digitalization program, we are investing on the long-term digitalization of our higher education institutions. With this, we are overall creating a future for young people, particularly also for those who could very well go on to invent the next generation of manmade fiber systems.”

The Minister President was just as impressed by the willingness and readiness with which Oerlikon has been providing high-level support since the beginning of the COVID-19 pandemic to master the present challenges as he was with the company’s meltblown technology itself.

Rainer Straub explains, “When demand for protective face masks increased rapidly at the beginning of the pandemic in February, we at Oerlikon Nonwoven responded immediately. We ramped up all the available production capacities here in Neumünster in order to quickly manufacture nonwovens for producing face masks with our laboratory systems. As a result, we have been able to make a small, regional contribution to covering demand. In parallel, we have pulled out all the stops in order to systematically further expand our skills as machine and system builders so as to cater to the initially expected, and now also continuing, global demand for meltblown systems as quickly as possible.” 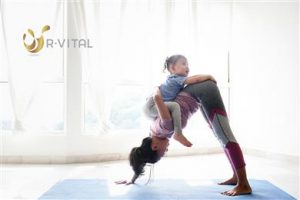