According to the Japan Chain Stores Association (56 firms, 10,806 stores), same-store apparel sales during January-June 2020 fell 21.7% year-on-year to 356,430 million yen. The stores took measures against the coronavirus pandemic, and this had an impact on apparel sales. In January before the pandemic became serious in Japan, the chain stores suffered from the warm winter, and apparel sales decreased every month of this year’s first half.

Total sales during January-June 2020 rose 0.4% year-on-year to 6,161,519 million yen. As a result of stay home demand, sales of groceries increased, and this supported overall sales. It was the first time since 2016 that total sales increased year-on-year. However, sales decreased on an all-store basis (unadjusted number of stores).

June apparel sales decreased by 4.1% compared to the same month of last year to 718,155 million yen. Sales were sluggish as people refrained from going out. Women’s and men’s casual wear items showed some movements, but suits and formal wear were in a stagnant condition. Sales of underwear, pajamas and children’s wear were vigorous, while those of swimwear, parasols and headwear were slow.

Total sales in June increased by 3.4% over the same month of last year to 1,085,994 million yen, supported by groceries and household-related items.

(Refer to table in Statistics section.) 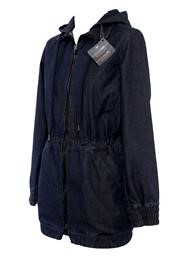