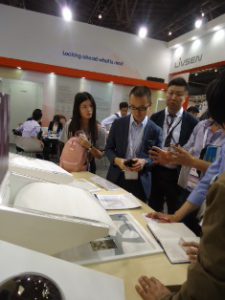 Toray booth at ANEX 2015 in Shanghai

The Asia Nonwovens Exhibition and Conference (ANEX) will be held soon from June 6th to 8th in East Halls 1, 2 and 3 of Tokyo Big Sight in Tokyo.

Exhibitors will number about 700. ANEX is one of the world’s three largest nonwovens exhibitions together with IDEA in the U.S. and INDEX in Europe, and ANEX 2018 exhibitors have reached a record high number exceeding exhibitors of INDEX 2017. ANEX is very international with about 60% of the exhibitors coming from abroad. The Asia Nonwoven Fabric Association and All Nippon Nonwovens Association, which are jointly organizing ANEX 2018, expect 30,000 persons to visit ANEX.

ANEX can suitably be called a general exhibition, as various companies are exhibiting, such as manufacturers of nonwovens, related raw materials, machinery and parts, inspection equipment, processors, etc. There are no other places where nonwovens-related companies gather in one place to present cutting-edge technology. Japanese companies are especially enthusiastic because ANEX is being held in Japan for the first time in the 12 years since 2006.

Various events have also on the ANEX program. Keynote speeches will be made by Yuriko Koike, Governor of Tokyo; Dr. Kunihiko Hamada, President of Shinshu University; and Akihiro Nikkaku, President of Toray Industries, Inc. There will also be presentations made by exhibitors and the Academia/Nanofiber Pavilion, and awards will also be given. The Global Nonwoven Summit (GNS) will introduce the latest global trends, and several seminars will be held.

A remarkable difference from the first ANEX in 2000 is that the majority of spunbonded fabric manufacturers are exhibiting. In 2000, hardly any of the spunbonded fabric makers had their own booths, and only companies belonging to the Technical Committee of Synthetic Filament Nonwovens of the Japan Chemical Fibers Association had a joint booth.

At ANEX 2018, Asahi Kasei Corp.; Toyobo Co., Ltd.; Toray Industries, Inc.; and Unitika Ltd. will all be exhibiting. It can be said that the position of nonwovens among synthetic fiber producers has changed significantly.

A good example is Toray. After establishing a joint-venture company with Saehan Industries Inc. of Korea in 1999, the company’s nonwovens business changed dramatically. Among the medium-term management initiatives that started in April 2017, Toray plans to increase the sales scale of its nonwovens business, which mainly consists of polypropylene spunbonded fabrics, by 40% compared to the fiscal year ending in March 2017 to the level of 100 billion yen in the fiscal year ending in March 2020. Business related to staple fiber nonwovens including sales of fibers are also being strengthened further. The company is placing an emphasis on nonwovens, so much as to make it as one of the future growth engines in its fiber and textile business.

There is no doubt that changes at Toray and other synthetic fiber producers have changed the position of nonwovens in the textile industry. The greatly changed nonwovens can be seen at ANEX. If you don’t go, you will surely regret it. 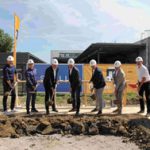 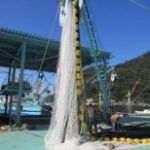 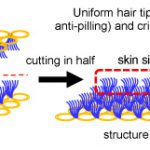 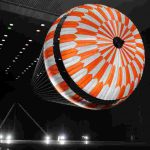 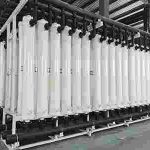