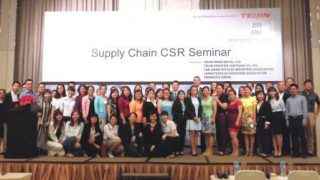 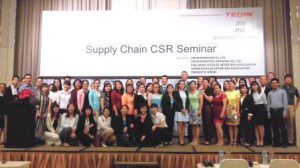 The Trans-Pacific Partnership Agreement (TPP) incorporates CSR-related rules, such as the elimination of forced labor and prohibition of child labor. The seminar was held to promote strategic CSR measures for labor-intensive apparel production, and five lectures were made.

According to an official of Teijin Frontier’s CSR Supply Chain Office, CSR goes beyond the boundaries of enterprises, and is promoted throughout the industry. Global sports brands are already promoting CSR, and Japan must also support it for the Tokyo Olympics or would be left behind.

Because the seminar was co-sponsored by JTIA and JTEA for the first time, it also expressed hopes for establishing a platform as an industry.