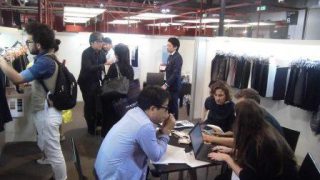 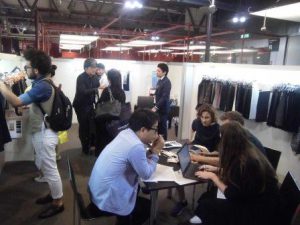 The response to holding the fall/winter 2018-19 edition of Milano Unica in July is generally favorable in Japan. Combining Prima Milano Unica that was held in July with the September Milano Unica, the July holding matches the period of apparel fabric selection. Companies exhibiting in The Japan Observatory (JOB) of Milano Unica have a generally positive view toward the change.

An official of the Japan Fashion Week Organization says, “It’s good that Milano Unica and Prima Milano Unica have been combined together. Although there is concern whether production in textile production districts can meet the July holding, but this is a global trend, and we must follow it.”

Masao Yamashita, President of A-Girl’s Co., Ltd., which participates in both Première Vision and Milano Unica, says, “European buyers purchase 70-80% of their fabrics by September. The timetable is changing globally, so we have no choice but to accept the move to July.”

An official of Komatsu Seiren Co., Ltd. favorably receives the change, saying, “It is a big thing for manufacturing, but it is the best timing for making presentations.”