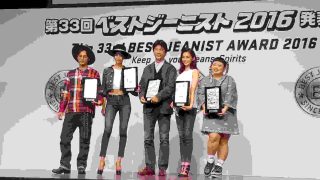 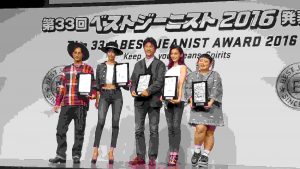 The Japan Jeans Association (J.A.) announced on October 11th in Tokyo the winners of the 33rd Best Jeanist Awards.

Among the winners selected by the general public, Taisuke Fujigaya (Kis-My-Ft2 member) has entered the Hall of Fame by winning this award in the men’s category again this year, and in the women’s category, model-actress Nanao received the award.

The association also gave a Special Contribution Award to the animation One Piece.

In the rookie category, the Grand Prix Award went to Yuki Hasegawa, and Naho Hagiwara was runner-up.