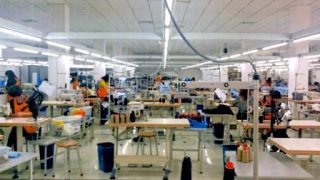 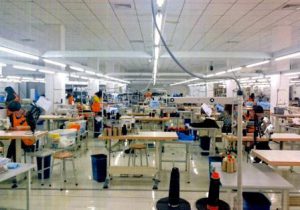 Noriyuki Matsuoka, President of Matsuoka Corporation, says, “What is required in the future is how to supply goods in a timely manner with the use of Quick Response.” Accordingly, the company is pursuing a new quick form of apparel manufacturing.

The company has been moving to establish a QR system ranging from sample making to full-scale production of garments, and earlier enlarged its sample room in Pinghu.
The new sample factory can make a sample in one or two days from the time when a request is received from an OEM customer. Products developed in ODM operations will also be offered with a system that can supply goods in a timely manner.

The sample factory has 25 highly skilled workers, each producing an average of 2.5 samples per day. The factory is conveniently located about one hour from Shanghai by car, and is near a high-speed rail station.

Globalization is being promoted to expand business worldwide.