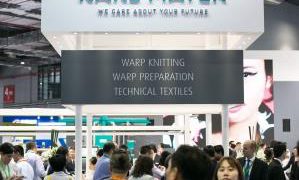 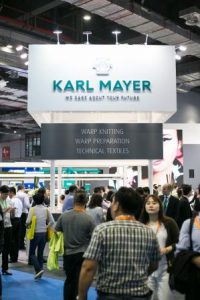 Karl Mayer already rated its participation in ITMA ASIA+CITME 2016 a success halfway through the exhibition.

During the few days of the exhibition, the world’s leading supplier of warp knitting machines, warp preparation machines and systems for producing technical textiles welcomed nearly 350 visitors having specific interests, along with many people who were just curious.

The majority of the visitors were from the domestic market, and showed particular interest in the tricot machines on show – a fourth generation HKS 3-M, which features impressive flexibility, speed and user-friendliness, and an HKS4-M EL, which also offers high speed and patterning potentials.

Manufacturers of technical textiles were delighted with the new ideas on the subject of lightweight constructions. Karl Mayer also exhibited a highly productive sectional warping machine and an innovative sizing system.

Coinciding with the exhibition, an in-house show was held at Karl Mayer (China) in Wujin, Changzhou, which showcased an extensive range of products. The in-house show focused on the production of lace, and the newly developed OJ 59/1B sets new standards for multibar jacquard machines in terms of cost-benefit ratio.