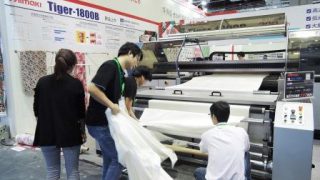 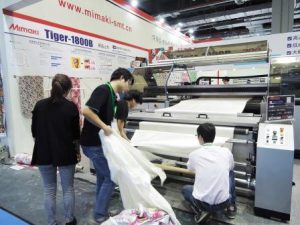 At the recent ITMA ASIA+CITME 2016 in Shanghai, a number of high-speed inkjet textile printers were on exhibit and drew considerable attention.

Mimaki Engineering Co., Ltd. promoted the Tiger-1800B high-speed direct-to-textile inkjet printer of La Meccanica of Italy, which recently became of a member of the Mimaki Engineering Group. The response to this high-speed printer was great, and inquiries were received from approximately twenty firms.