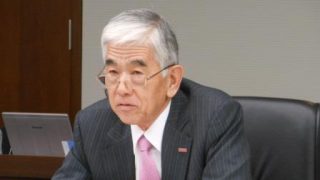 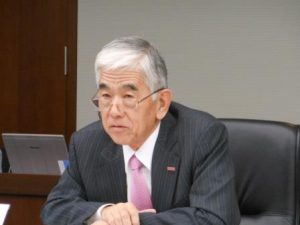 Although the economic environment might change considerably after U.S. President-elect Donald Trump’s takes office, Akihiro Nikkaku, President of Toray Industries, Inc. indicated that there would be no changes in the company’s airbag project in Mexico and examination of a midstream project in Vietnam, emphasizing a firm and solid policy of expanding business in growth business sectors and regional areas.

In association with its current medium-term management project, AP-G 2016, Toray is expanding its business in Asia, the U.S. and emerging economies. Although the future of the global economy is increasingly becoming uncertain as Trump has expressed his intention of withdrawing from the Trans-Pacific Partnership (TPP) and other factors, the company is promoting the basic policy of local production for local consumption which is not affected by the fluctuation of exchange rates, etc.

In regard to the commercialization of automobile airbag nylon fibers and fabrics in Mexico, President Nikkaku says, “If high tariffs are imposed on Mexico, which is a base for manufacturing airbags, it would also have an adverse effect on the U.S. economy.”

As for the plans of establishing a filament fabric production base in Vietnam, Senior Vice President Mitsuo Oya says, “We have a plan to create a sophisticated supply chain in the ASEAN region following China, and Vietnam will be the backbone.” Furthermore, a midstream base will surely be need in association with a free trade agreement with Europe and Regional Comprehensive Economic Partnership in East Asia (RCEP).