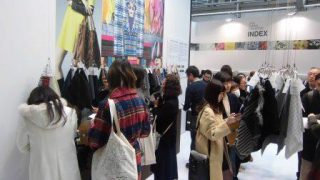 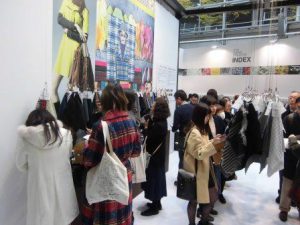 While store sales continue to slump and brands are being selected and reduced, what kind of textiles are being presented and how negotiations are advancing are drawing attention.

As soon as the doors to the venue were opened, the fair was filled with buyers seeking new fabrics developed in textile production districts and by converters all over Japan, and negotiations were vigorously held in various places.
A number of events are also being held during the fair.