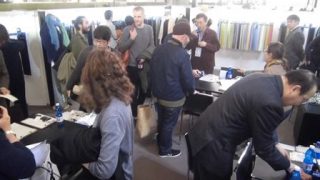 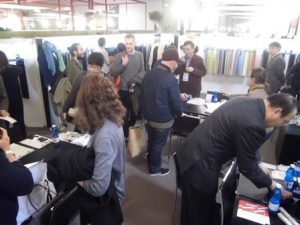 Milano Unica started at Fieramilano Rho on February 1st with 40 Japanese companies and organizations exhibiting newly developed fabrics for the spring/summer 2018 season in The Japan Observatory.

The morning of the first day of the exhibition appeared to be quiet, but buyers gradually increased in the afternoon, and some Japanese exhibitors reported that buyers continued to visit.