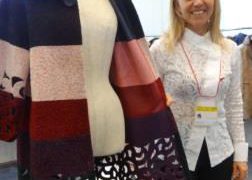 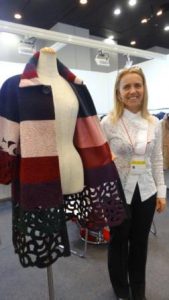 The 50th Moda Italia was recently held in Tokyo with 81 apparel-related companies and 41 leather product-related companies, and together with the 34 companies in the concurrent 60th Shoes From Italy trade fair exhibited products for the fall/winter 2017 season.

The trade fairs were organized by the Trade Promotion Division, Embassy of Italy, Tokyo.
Italian Ambassador to Japan Domenico Giorgi extended his greetings, saying, “A total of 156 companies from 14 Italian states participated in the trade fairs. The fashion industry is in a serious condition in terms of exports due to stagnant global economy, but Italy is the no. 1 export country even in Europe. Japan-Italy trade has strong ties, and we would like to further expand exports.”

According to Aristide Martellini, Director of the Trade Promotion Division, Japanese imports of Italian apparel during January-November 2016 decreased by about 5% year-on-year to 75.5 billion yen, whereas imports from around the world fell by 12%. As a result, Italy’s share rose from 2.61% to 2.83%.” The Director also appraised the relocation to a new venue from the previous holding, as many people say that open booths make it easier to see.

An official of the Italian Trade Agency mentions that the Japanese market is in a stagnant condition, but exhibitors from Italy have increased. So it was decided to hold the next trade fairs at the same venue from July 4th to 6th.

At Moda Italia, Rufus, a regular participant exhibiting women’s woven garments and leatherwear, says, “Consumption is sluggish, and orders from major firms have slightly decreased in number, but I look forward to meeting fixed customers.” Since it has long been conducting business with customers, it sets no minimum lot.