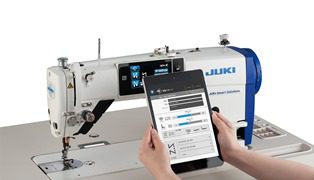 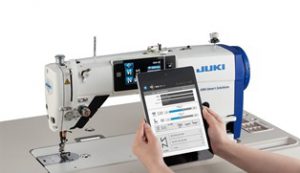 Held in parallel to Techtextil, Texprocess is showcasing for the fourth time, all stages of the value creation train in the textile and apparel industries, including design technologies, IT, various processes and procedures for cutting, sewing, seaming, embroidering and knitting, as well as technologies for finishing, textile printing and logistics.

Texprocess is offering additional stimulus for the sector with the first ever Digital Textile Micro Factory.

Olaf Schmidt, Vice President Textiles and Textile Technologies at Messe Frankfurt, says, “Texprocess demonstrates the unbelievable dynamism that currently exists in the textile-processing industry. Particularly in areas like cutting, as well as sewing, seaming and fastening technologies, we are seeing strong growth among exhibitors. At the same time, automation of the processes involved is becoming ever more important.”

Elgar Straub, Managing Director of the VDMA’s Textile Care, Fabric and Leather Technologies Division, concurs, “Personalization of clothing, digitalization of the value creation chain and new technologies such as digital printing and sustainable processing technologies are the major issues currently preoccupying the sector.”