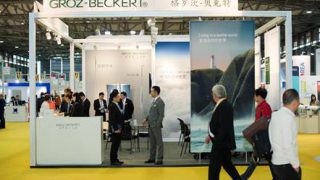 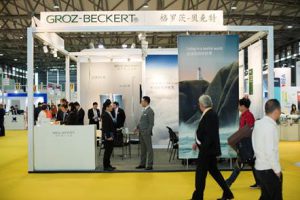 Exhibitor registration has started for Cinte Techtextil China, which will take place at an earlier date from September 4th to 6th this year.

Asia’s largest biennial event for the entire technical textile and nonwovens sectors, the fair is held in a region that not only continues to grow strongly, but is expected to do so for the foreseeable future, not least due to major government initiatives in China, which are injecting billions of dollars of investments into the industry.

“It is due to the increasing opportunities in the Asian market that we are expecting more European exhibitors to feature at Cinte Techtextil China this year,” outlined Wendy Wen, Senior General Manager of Messe Frankfurt (HK) Ltd. “As the fair attracts a diverse range of trade buyers, including from 12 different application areas such as Buildtech, Clothtech, Geotech, Medtech, Mobiltech and Protech, it is a unique opportunity within Asia for suppliers to meet with the entire industry, and maximize the potential of their products across various end-uses and sectors.”

While many new European companies are expected this year, some of the returning big brands already confirmed include Trützschler, Dilo and Barnet from Germany, Andritz from France, Stahl from the Netherlands, Itema from Italy and Picanol from Belgium.