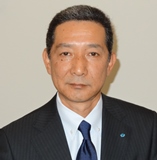 END_OF_DOCUMENT_TOKEN_TO_BE_REPLACED

According to Toray Opelontex Co., Ltd., the strong Japanese currency had an impact on its sales during the first half of the current fiscal year (April-September 2016), but profits remained the same as the year before thanks to cost reduction efforts and other factors. The sales volume remained almost flat, and the Shiga Plant has been operating at full capacity. In the fiscal second half (October 2016-March 2017), the market environment is expected be more severe than the first half, so the company will take measures, such as continuing to focus on developments with customers and increasing business operations in the sector of “Life Innovation (LI)”. Business in this sector

END_OF_DOCUMENT_TOKEN_TO_BE_REPLACED

The Apparel Department 2 of Itochu Textile Company will expand business involving Japanese-made materials, such as the company’s original fabric collection, Livinax for offering a wide array of products from raw materials to fabrics and finished products.