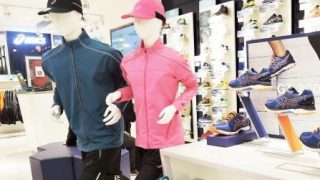 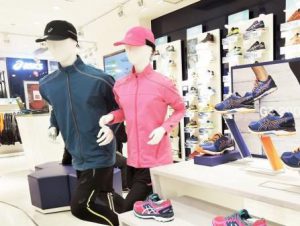 The Mainland Chinese affiliate of Asics Corporation of Japan is considering Chinese merchandising even for Onitsuka Tiger.

Down jackets and vests developed by the team are selling well in Beijing and other cities in Northern China. According to a corporate official, products that meet the needs of China are to be increased. The official hopes to bring global merchandising to 70% and Chinese merchandising to 30% in the future.

While sales of shoes in 2016 grew by 60% over the previous year, sales of apparel, the scale of which is small, increased 2.2 times. The sales composition ratio of apparel was about 10% at the end of 2016, which is less than half compared to over 30% for Nike and Adidas, so Asics China considers that there is still room for expansion. The importance of Chinese merchandising is high for Onitsuka Tiger, which particularly requires fashionability.

Asics China plans to increase the apparel sales composition ratio to 20% this year by actively promoting the apparel lineup at large-scale directly operated stores in large cities in the coastal area.