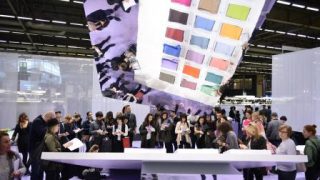 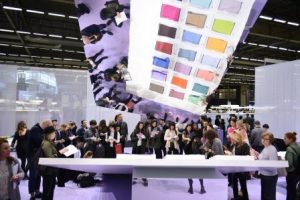 Visitors to Première Vision Paris last week increased by 2.3% over the February 2016 show to 56,250.
Visitors were from 124 countries (73% from outside of France). French visitors remained stable at 15,180, despite the overlapping of the show with school vacations, while Italian visitors rose by 2.7% to 6,488, thus rising to the second largest visitor position ahead of the U.K., which saw a slight decrease to 6,097.

Similarly, Germany moved down a spot to sixth (2,202), notably in response to the country’s sharp decline in apparel consumption, surpassed by Turkey, which moved into fifth place (2,398). Spain came in fourth (up 8% to 3,714), and Portugal and the Netherlands were well represented with higher visitor numbers compared to February 2016, up 6% and 9.5% respectively.

Despite a slight decrease in visitor number compared to the February 2016 show, due in particular to the overlap of the show with New York Fashion Week, the U.S. retained its seventh place position (1,684) in the ranking of visitor countries.

Following uncertainties related to the country’s volatile economic and political context, Turkish visitors increased significantly (up 4% to 2,398), moving the country from sixth to fifth place.

The resurgence in attendance was also seen among Asian countries, less concerned about security issues than they were at the last two shows. Japanese visitors climbed 27% to 1,606, jumping two places to eighth. China also saw a rise in visitors, as did Korea (up 19%).
Russia saw a surprising doubling of its visitors in one year.