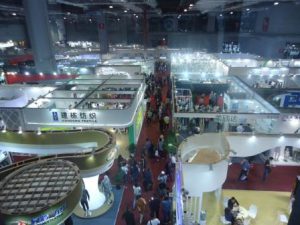 Wendy Wen, Senior General Manager of Messe Frankfurt (HK) Ltd., says, “For the last few years, even though Intertextile Shanghai has continued to grow in size, our priority has been to focus on the quality of exhibitors and buyers that participate here to ensure it remains the global industry’s leading business event every March and October.”